According to the Food Standards Agency, the UK generates around 7 million tonnes of food waste every year. With all that wasted food, composting is probably the most earth-friendly way to recycle it. 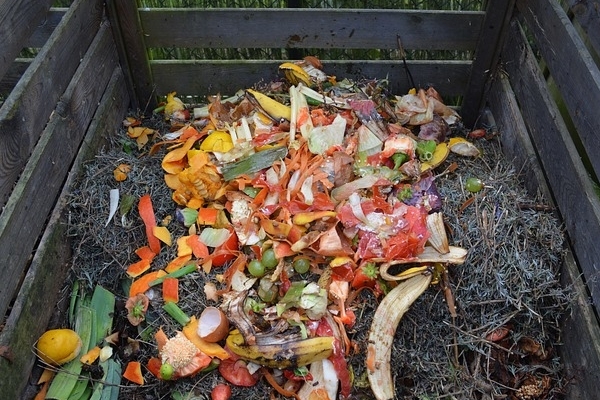 For every 100 Kg of organic waste, you can get 15 to 25 Kgs of compost which either can be used for your garden or can be donated or to someone who can use it locally. By composting, you not only get some excellent – and free – natural fertilizer for the garden but also help to reduce the amount of waste being sent to landfills and the risk of further polluting the land, water, and air with this waste.

The process of natural decomposition – the breakdown of large organic materials and molecules to simpler ones, is very important to one type of waste disposal. Composting is a form of waste disposal where organic waste decomposes naturally under controlled aerobic conditions (requires oxygen).

Although everything will eventually decompose, only certain waste items should be added to your compost pile. Kitchen waste (a.k.a green material), such as eggshells, coffee grounds, peelings, fruit cores, are great items to compost. Adding animal meat, bones or oily products to compost should be avoided because as it decomposes, it will attract some unwanted animals and make your compost smell badly.

Additionally, garden waste (a.k.a brown material), such as leaves and grass clippings, are also great items to compost. These items will help slow down the decomposition process to prevent rotting and help reduce odour as organic materials break down.

Once these compostable items are placed in a pile with the appropriate ratio of green and brown materials – as well as adding appropriate amounts of water and mixing – the composting process can start. The organic waste will be broken down naturally by beneficial bacteria, earthworms, and other organisms that live in soil. The effectiveness of the composting process is influenced by the environmental conditions present within the composting system such as organic matter, temperature, oxygen, moisture, pH and the size and activity of microbial populations.

After a couple of months, all the organic matter is biodegraded into a valuable organic fertilizer and is often referred to as humus. The finished compost can be used in many ways:

So why not stop wasting food waste by putting it in with general waste and start composting instead. It is another great way to increase your recycling.

Thank you to our guest blogger Marie Rattray from quiet hut for this article on composting.

Marie Rattray is an editor at quiet hut, as well as a mom, writer and environmental activist. She has been passionate about green living since she was a teenager. She is originally from Dallas, Texas, but currently living in the Midwest.